Based upon the inferences from peoples’ narration in the state, the drug-menace in Punjab could be attributed to a complicated interplay of ‘political economy’ and ‘social’ factors constituting a maze that could be navigated through taking account of three dimensions.Firstly, the very fact that the existing drug problem in Punjab proliferated disproportionately in the last six-seven years, points towards the underlying interconnected slippery slope of agrarian distress and declining educational and health system in rural area leading to rising cases of school drop-outs which compounds the problem of unemployed youths on account of lack of viable alternative employment avenues outside agriculture,who in turn, become easy prey to drug addiction. 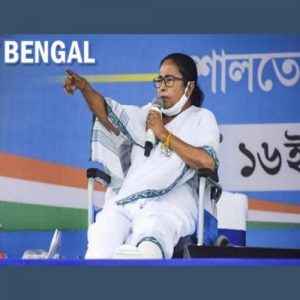 In this explanation, the declining socio-economic factors emerges as providing the fertile ground for the emergence of a social menace such as drug-issue in Punjab.Secondly,the interconnected problem of agrarian distress, educational decline and rising unemployment gets slides into the ‘modus-operandi’ of drug cartel wherein as per the dominant account emerging from people, more particularly in the rural areas of Majha and Malwa region, the drug menace intensified on account of massive unemployment among youths who were exposed to the synthetic drugs primarily in the last 6-7 years pointing to the easy availability of the same. It was pointed out that a 2-gram sachet of this synthetic drug costs around Rs. 2000 which a drug-addict needs for a day, leading to the instances like many addicts turning either into drug-carrier working as the conduit between the supplier and addicts, or taking recourse to crimes like snatching and theft, ATM and Bank loot.

Though, the security personnel are yet to admit the linkages between rising crimes and drug issues, the people in general are forthright about the same. Thus, the drug-problem in Punjab is circular wherein the socio-economic root cause and the consequent effect keep reinforcing each other.Thirdly, the aspect of easy availability of the synthetic drugs, a massive shift from poppy husk, smack and heroin, in the last 5-6 years speaks volumes about the political patronage and power nexus that the drug cartel enjoys in the state. In fact, the name of a senior minister, popularly considered as the patron of drug-cartel, has become synonym with drug and it was frequently pointed out that the addicts ask for the stuff by referring to it by the minister’s name. This narration points out the emergence and entrenchment of the Drug-trade in the last one decade on account of the power nexus in the state.

In this backdrop, the core aspect concerning the source of the synthetic drugs that has been convincingly pointed to Pakistan by many reports reveal a pernicious agenda of ensuring a massive economic and social devastation in the state whose ramifications has the potential to hollow out the generational potential, making the menace a serious security issue. In the popular common sense in the state the security lapse in Pathankot incident is already being
seen linked to the drug-cartel and naturally many analysts have referred to the drug-menace as
Narco-Terrorism.

The holistic analysis of drug-menace points out that it’s not just about trade or fancy hop culture but rather an interplay of the drug-cartel across the borders taking advantage of the agrarian and economic crisis of the state, targeting a generation, with disproportionately lesser effort and investment as compared to the active militancy or terrorism, by providing easy economic allurement to the power blocks in Punjab. Thus what Punjab is witnessing now is not mere an existence of parallel drug economy but a different form of terrorism by means of drugs. What is most unfortunate is the political boxing revolving around the issue among AAP and Akalis who are more interested in name calling and pointing out fingers at individuals rather than recognizing the security dimension of the problem.

In this time when internal security happens to be the main issue informing the research focus of the dominant research institutes dealing with policy recommendation on the same, it is a telling comment that none of them have taken this aspect of ‘narco-terrorism’ as a serious issue impairing the national-security.At the most some journalistic accounts have been made in this regard.

A respondent in Gurudaspur summarized the core of the problem in his telling remark that Punjab is passing through second phase of terrorism- from Khalistan to ‘Drug-Terrorism’. Already, the state lost one and half decade under religio-political militancy, now the celebrated ‘normalcy period’ post 1997 election seems to be a misnomer in the shadow of the menace of ‘narco-terrorism’ that is hollowing the state silently. Its time when the political parties trates this issue beyond the electoral agenda and move away from their measured response of either denying the problem or blaming the political opponent lest the 2010s turns out to be a ‘withering decade’ for Punjab.